CT Trolley Museum presents: Rails to the Darkside | Kids Out and About Fairfield County, CT 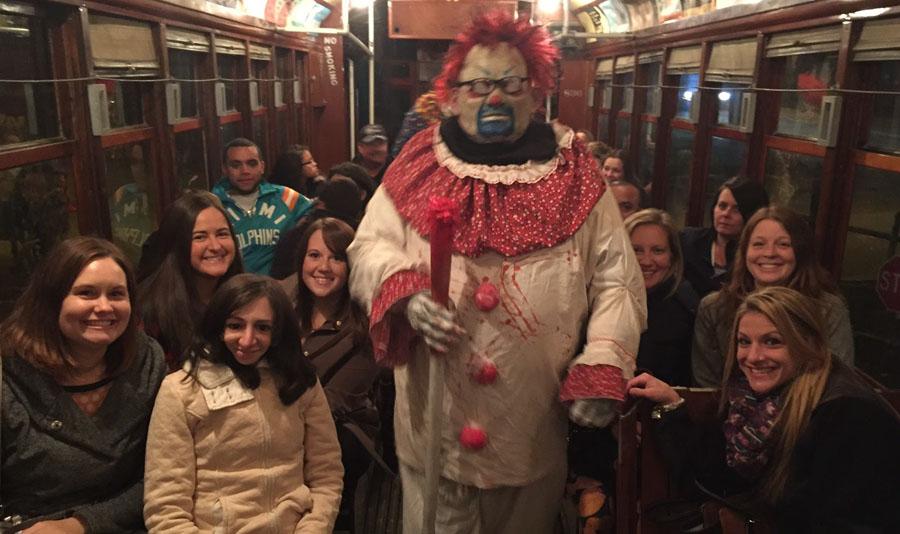 The unfortunate untold story...When the Hartford and Springfield Street Railway was planning its branchline from Warehouse Point to Rockville, a small cemetery near Newberry Road stood in the way of a straight-as-an-arrow trolley line. Before construction started, the cemetery was relocated to a spot of dry land along Route 140 near the tracks. The air around the cemetery always had a chill after the move and the locals kept away, letting Mother Nature take over. Years later as the trolley museum began planning for the Visitor Center, workers began surveying the land and found the gravestones from the old cemetery hidden in the woods. Oddly enough, further inspection found that there were only headstones... no coffins or remains were in the earth. Today, during the darkest of the nights, the mournful cries of the abandoned dead are heard around old Newberry Road and the trolley museum's Newberry Siding. Do you dare ride to the darkside?
Click here for more information about this activity
Please help us keep this calendar up to date! If this activity is sold out, canceled, or otherwise needs alteration, email mindy@kidsoutandabout.com so we can update it immediately.

This haunted event is intended for ages 16+ and is not recommended for young children.

The Trolley Museum reserves the right to remove guests from the event if they demonstrate poor behavior or act inebriated. Alcohol is not permitted at the event.