Monster Jam: a KidsOutAndAbout review | Kids Out and About Fairfield County, CT

Five fun facts about Monster Jam and a review of the show at Webster Bank Arena! 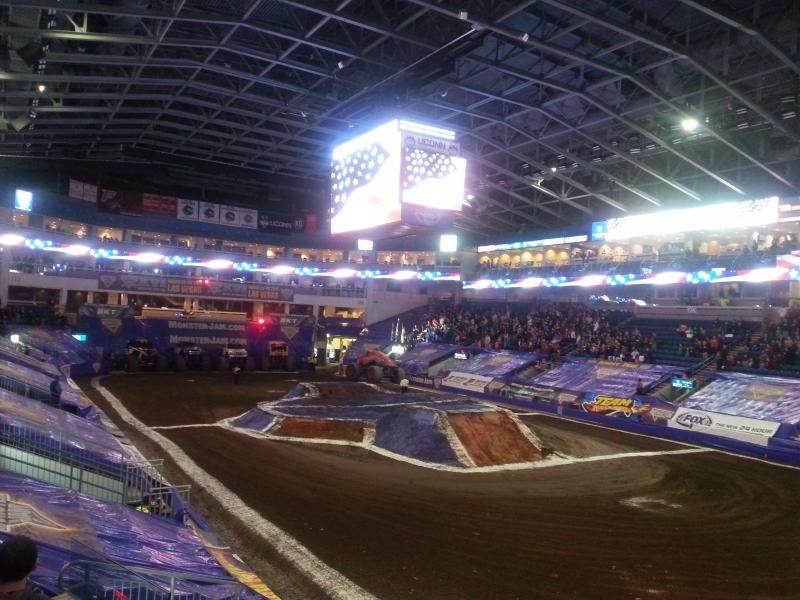 Okay, I will admit that attending a Monster Jam® was not high on my list of things to do this weekend. But when the email came asking if I would review the show, how could I say no? If I did, the two boys in my life, my husband and my son, would have been upset because they have wanted to see a Monster Jam® for a long time.

Let’s talk about the Webster Bank Arena. We are so lucky to have this gem of an arena in Fairfield County. There is really no need to trek into Manhattan when we have great shows in our own backyard. My piece of advice is to park in the garage in the winter. It is a little closer to the arena which gets the kids out of the cold that much faster. It costs $10 but it’s well worth it.

The Webster Bank Arena is not too large, so every seat is great! For safety reasons, the front sections around the arena were covered so that no one sat in them and fire extinguishers were nearby. (This was in case a truck decided to fly into the crowd instead of the air.) With fewer seats, the arena was quite full. 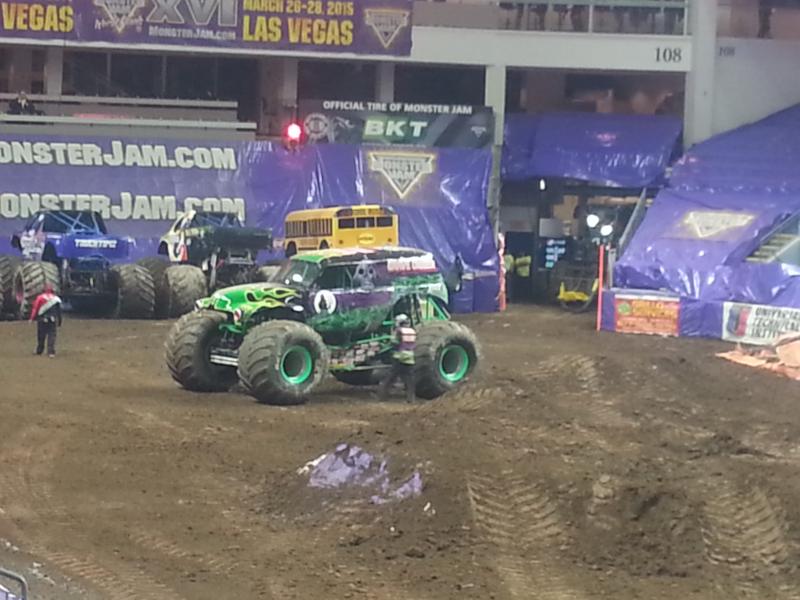 In between each of these competitions, there was always something going on to entertain the crowd while the trucks were readied for the next event. There was an obstacle course race which seven drivers, on quads, sped around on.

Another way to entertain the crowd was to throw toys, Digger Discs, to them. Some moms thought these toys were better than buying one of the trucks at the concession booths. There was also a woman, Cannon Lady, who, you guessed it, was shot out of a cannon. As you can see, with all this happening, the crowd was entertained, even at intermission, which was about 20 minutes long.

I have to say that Monster Jam was better than I expected! It was loud (about which I had been forwarned), as well as smoky at times.

I would recommend that you bring earplugs, but if you forget, the concession stands sell earplugs for the kids. Some are shaped like huge tires and go over their ears like earmuffs. (Of course, you could save money by just using your child’s own earmuffs.) The freestyle competition was probably the loudest part of it all.

My best advice is to leave very young kids home.  It was too loud for them, and there were some tears on sad faces. There will be other chances to see Monster Jam®.

My own boys loved the show! How do I know? When we came home that is what they wanted to play. Having had the experience, I can see what is so much fun about Monster Jam®.

Monster Jam® was at the Webster Bank Arena, March 6, 7 and 8, 2015. Ticket prices ranged between $21 for kids and $40 for adults, not including additional fees.

Diana Palmentiero is the Fairfield County, CT editor of KidsOutAndAbout.com.