Pre-College Theatre Lab | Kids Out and About Fairfield County, CT 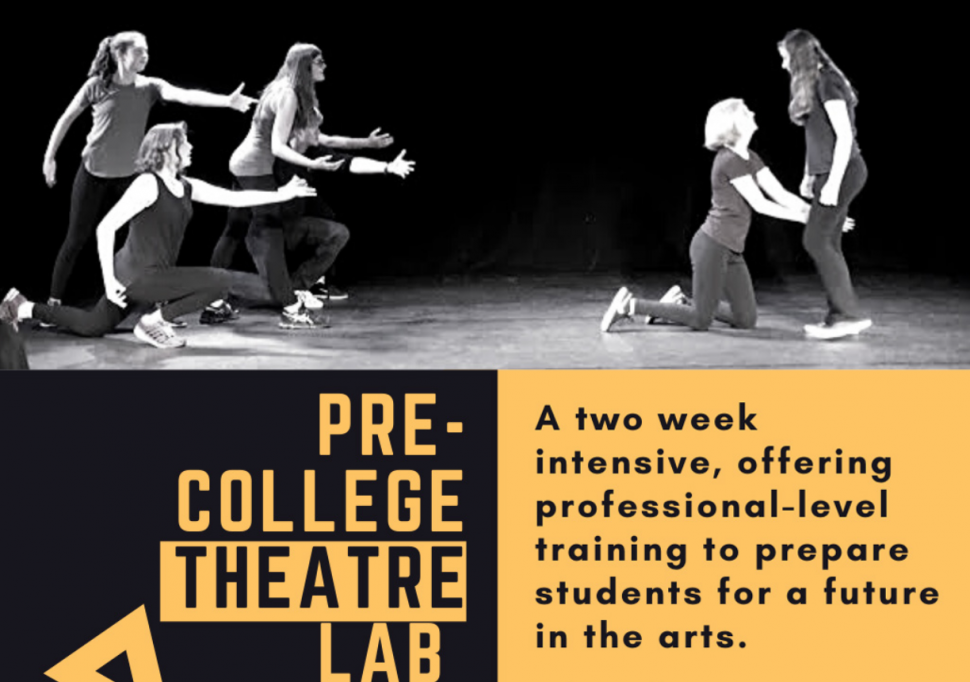 A two-week intensive, offering professional-level training to prepare students for a future in the arts.
Click here for more information about this activity

Overview:
Competitive college theatre departments are looking for applicants who are not only strong performers, but well-rounded individuals who are willing to take risks and work well collaborating with others.

“Yale’s acting department admits talented and committed individuals who possess an active intelligence, a strong imagination, and a physical and vocal instrument capable of development and transformation….Not only is each class of actors a working ensemble as it trains, but also each actor works as part of a larger company.” - College Admissions

The Pre-College Theatre Lab offers a select group of high school students a fun, intensive curriculum that will prepare and position them for both college and professional opportunities.

The curriculum has been created by industry experts who have a passion for developing the next generation of theatre artists. Students develop performance and communication skills that will serve them throughout their professional careers.

The program will be held online. Special attention has been given to online curriculum making sure that students are in an active learning environment.  Zoom has the ability to provide group learning and breakout rooms where students work in pairs or small groups allowing instructors to provide individualized attention.