“The Lightning Thief” at the Westport Country Playhouse: a KidsOutAndAbout review | Kids Out and About Fairfield County, CT

“The Lightning Thief” at the Westport Country Playhouse: a KidsOutAndAbout review

A Review of “The Lightning Thief” at the Westport Country Playhouse

One of my daughter’s favorite books, and a favorite for most tweens and teens, is The Lightning Thief by Rick Riordan, which has been adapted for the stage and was recently presented at the Westport Country Playhouse. My daughter has read the book, seen the movie, and couldn’t have been more excited to also see the play version. 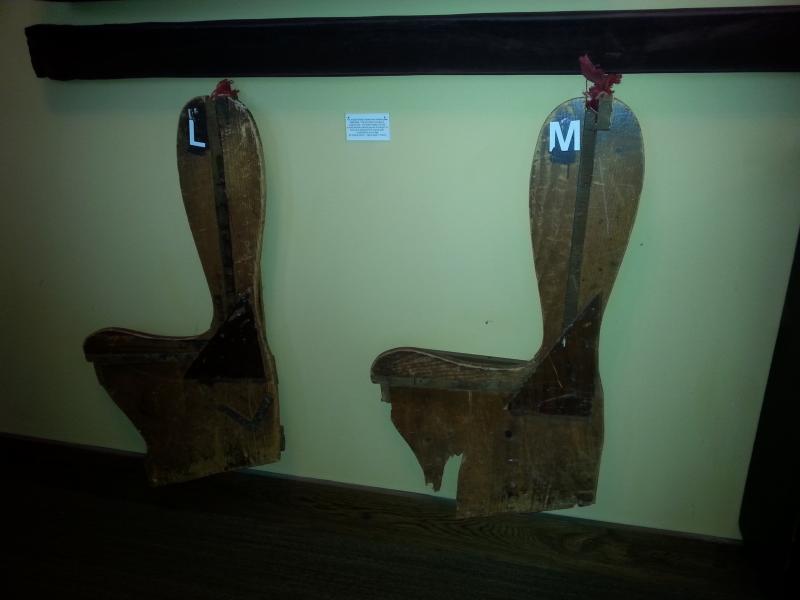 The playhouse is wonderful in that they have a kid-friendly activity for the children before the show. The last time my daughter and I had been there, to see “Pinkalicious,” they had some fun crafts for kids. This time, a drama class seemed to be going on. Besides the pre-show activity, it’s worth just exploring the actual playhouse itself. Westport Country Playhouse has an amazing history that dates back to 1931 when it opened.  We saw a piece of the original curtain, an original seat which was actually a church pew, ticket holders and numerous framed signs with the names of the many famous actors and actresses that have graced the floorboards of the stage in countless productions. Among other events, the Playhouse is open to a series of kid-friendly plays called Family Festivities, of which The Lightning Thief is one. Its small size means every seat is great!

And now, on with the show!

Percy Jackson is a 6th grader who has not stayed in the same school since kindergarten and is expelled from his latest one.  It’s at this point that his best friend, Grover, tells him that he, Percy Jackson, is a half-blood. A half-blood is a child that has one parent who is a Greek god.  “But I thought that Greek gods were myths,” you ask. That’s what Percy asked as well and boy, was he wrong. Percy winds up in Camp Half-Blood with others that are just like him.  Percy, along with his friends Grover and AnnaBeth, goes on a quest to find his mother and meet his father, Poseidon, king of the seas. 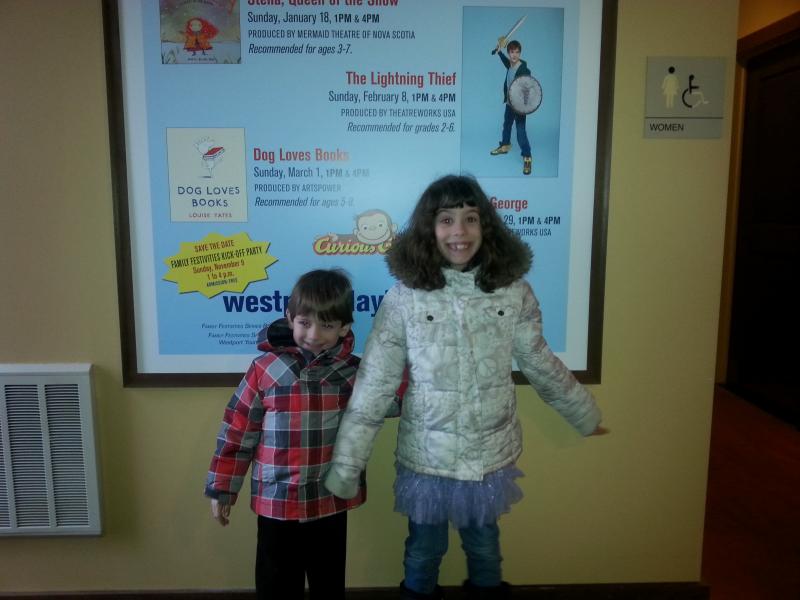 This energetic play is a musical with only six actors. The set consisted of a mere two pillars and some scaffolding.  The actors are amazing in the way some of them must quickly change their costumes to play different characters.  It’s all done right on stage behind the pillars and scaffolding.  Not only are the actors quick change artists but stage hands as well.  They re-arrange the sets right in front of your eyes.  However, the set movements are so seamless, it’s not something you even notice.  This play also proved that less is more.  With only a few actors and a tiny set, they were able to tell Percy Jackson’s story in a little over an hour.  My kids were at the edge of their seats! This play was recommended for grades 2 – 6; however, adults enjoyed it just as much as the kids.  My husband said he was prepared to go to sleep when we got to the theater.  However, he was pleasantly surprised and enjoyed the entire production!

Check out the study guide provided by Theater Works USA here to help prepare kids for the show. Because the story is deeply rooted in Greek mythology, the study guide offers a handy chart to brush up on your gods and goddesses. There are some fun activities in the guide as well, which include a Greek Mythology Word Find as well ideas for creating your own Camp Half Blood.  The novel continues to be a huge hit with kids and teachers as it provides a fun way to learn Greek mythology. Utilizing the study guide will enrich the experience at the play and make a fun activity a learning activity as well.

Check the Westport Country Playhouse site here to see what other fantastic productions are coming to our area!

Diana Palmentiero is the editor of the Fairfield County KidsOutAndAbout site.